Wherever you go around the world, it is important to know the customs and regulations, so that you don’t commit an act that would put you in jail. It is also true of your visit in Clinton County. In America, the justice system is not something to be taken lightly. Whether you are a resident or a visitor, laws will be applied. Here is what you should know about Clinton County’s jail.

When we watch Western movies, the jail in town is usually one of the central elements of the story. So is the Sheriff, who is responsible to keep the peace and apply the law. Still today, in TV series and films, when they take place in smaller towns, we find the jail inside the Sheriff’s office or, as in the case of Clinton County, in the same building as the Courthouse.
When people are sentenced, they usually leave the smaller county jails to go to a larger prison in the area. It happens when longer periods of incarceration are needed. Otherwise, the Clinton County jail holds its prisoner inside the Courthouse in Plattsburg, in separated quarters, depending on the sex of the individual. There is a total capacity of 31 inmates, separated in two groups of 21 men and 10 women. It was built in 1975 and inaugurated one year later. It is still the main jail in Clinton County.

What to do if Someone You know is in Jail

Although that is not something you hope for, life can be full of surprises… Therefore, it is possible that someone from your family ends-up in jail, at some point in their lives. When that is the case, of course, you need to get in touch with the jail, if they did not contact you before (which will probably be the case).

If you find yourself in this situation, to have the person removed from jail, you will probably have to pay a bond for bail. To get that information, for the Clinton County jail, you need to get in touch with the Sheriff’s office by calling 816-539-2156. Once you reach the line, you need to select Option two, which will transfer you directly to the jail.

When it comes to arrest an individual, a warrant needs to be executed. If you want to know the status of a warrant, you will also need to call the jail. There are various statuses which can usually differ between an “open warrant” (still to be completed), a “closed warrant” (once a case is closed), an “inactive warrant” (usually, when negotiations are being held between the parties) and a “served warrant” (when the arrest has been made).

What can You bring to Someone in Jail?

There are laws regarding what property is approved, to be kept by the person in jail. They can vary from one detention center to another. Here are the ones allowed by the Clinton County jail:
Prescriptions can be taken to the person serving time in jail. This includes medication, hearing aid, prescription glasses and contact lenses.
One can practice his religion, while in jail. However, the only thing allowed is reading material (bible, Koran, etc.) and only in paperback version.

No personal hygiene items can be brought to the prisoner.

Otherwise, all other items can be bought through an inmate commissary account. The money deposited on such account can be “cash” or “money orders.” However, make note that the second one will not be deposited before it clears, which can take up to ten days. These deposits can be done on an online platform located at www.inmatecanteen.com, as well as at a kiosk located inside the Sheriff office, in the lobby.

There is no mobile phone allowed in jail. In fact, the use of a phone is a privilege, when in jail. The costs of these phone calls can be paid by an account which you create with Encartele. For more information, you can reach the service directly at 866-476-6723. Inmates can also purchase calling cards directly on site (in jail).

While in jail, detainees have access to a variety of items, including food. To purchase these, they need to go on TurnKey, which is the commissary company used by the Clinton County jail. It is possible for members of the prisoner’s family to deposit money on the account and to communicate it to them, through the services of TurnKey. It can be placed on the account via www.inmatecanteen.com, by credit, debit card or check. Otherwise, it can also be sent through mail or deposited at the jail.
With that money, the inmate can proceed to one order per week. To deposit money, please ask the person’s ID number. It should start by 10000. On TurnKey, you will find the Clinton County jail by going to form number 5500. Look for facility code MO2. It will be listed on the pulldown menu. 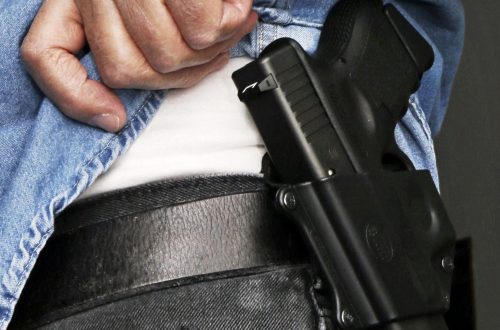